The first day of Time Machine, SparkCognition’s inaugural summit on AI, has come to a close. Today, we were thrilled to provide a space for some truly incredible minds to share their thoughts on what the future will look like and how to get there.

In case you missed it, here’s the rundown on what happened today.

SparkCognition’s CEO and founder Amir Husain started the day off with the bold statement that “software is eating the world, and AI is eating software,” and an overview of his philosophy on AI. This included the need to revise the social contract and how we think about jobs, why bans on AI technology won’t work, and the importance of safe and explainable AI. (If you’re interested in hearing his ideas in-depth, he elaborates on all of this and more in his new book, The Sentient Machine.) 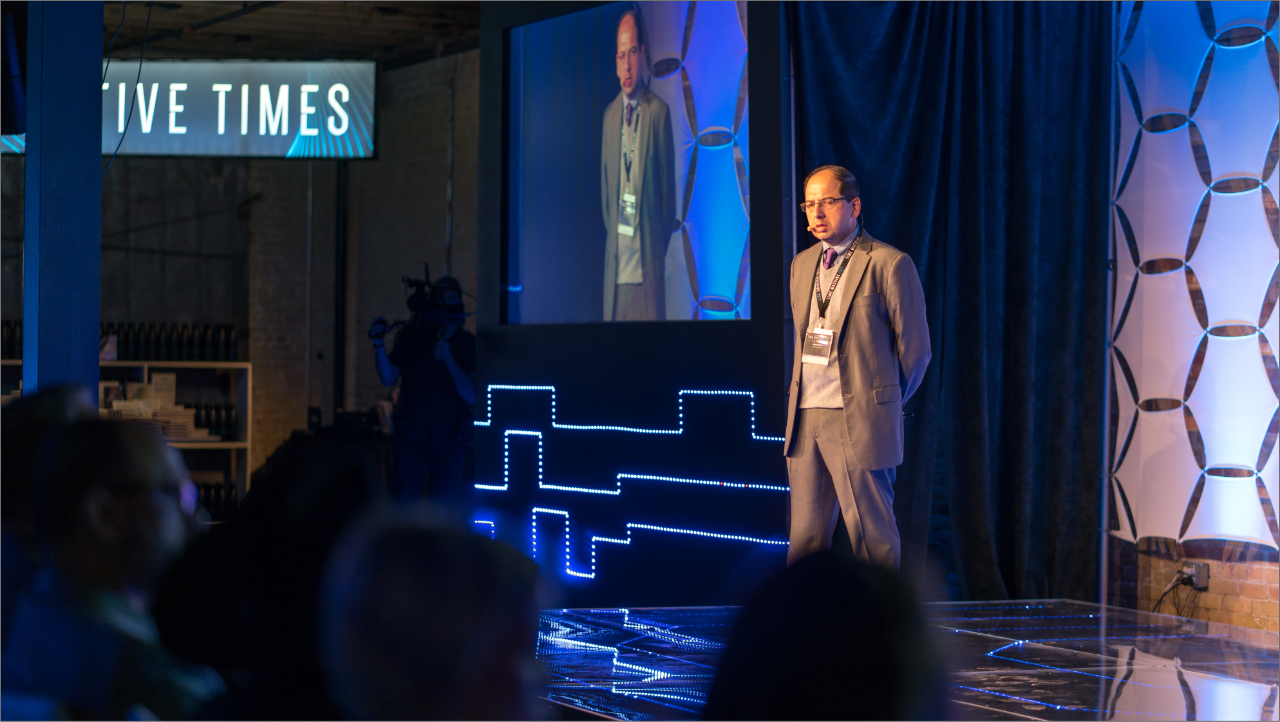 Next, we heard from a full panel of experts in the energy sector, including ShaChelle Manning of Pioneer Natural Resources; Ben Wilson of Google Cloud; Ali Raza, president of Dover Energy Automation; and Flowserve R&D Vice President Eric van Gemeren. They had a lively discussion on the logistics of AI in energy and utilities, such as the buy vs. build dilemma, the challenges of getting access to clean and meaningful data, applying technologies to the right use case, and how AI will affect business models.

This was followed by a talk from Dick Foster from McKinsey & Company on the need for innovation and AI technologies in healthcare, in which he suggested that it’s time to rethink the industry structure. Then Paul Miller–better known as DJ Spooky–gave a fascinating presentation on AI, music, and how, in his words, “The collision of code and culture is driving the new digital economy.”

Dr. Greg Hyslop, CTO of Boeing, led us through the changing face of transportation, with the declaration that “We need to free ourselves from terrestrial transportation” and the economic inefficiency that is the automobile. At the same time, however, the increasing level of air traffic necessitates AI in the cockpit to maintain the current high standards of safety in air travel.

Rumi Morales, of the Chamber of Digital Commerce, followed up on the future of financial services and fintech. The future will be a very different place, but as Morales argued, money is a fundamental societal need. Currently, 94% of people in the finance industry expect AI to disrupt their business, but only about half have started to invest, and this needs to change. AI will be integrated into decision-making in ways that will revolutionize trading.

After lunch, attendees were treated to a performance by stage magician Brad Henderson, who demonstrated how to “read minds” by providing nonverbal cues, before diving into an afternoon on policy. Our panel on AI and policy included Michael Horowitz from the University of Pennsylvania, Christopher Burhnam, and CNAS’s Paul Scharre. They discussed the need to redefine the relationship between the public and private sectors to be more competitive in technological innovation on the world stage, the efficiency and savings in government made possible by AI, and the public perception of AI in the military.

Zaib Husain, the CEO and founder of MakerArm, was next onstage. MakerArm is the creator of the first factory-level robot that can fit on a desktop. Husain discussed the concerns that AI will take away jobs, contended that while some jobs will eventually be automated, there is still time to reshape policy to be prepared for this eventuality, and that the good automation will do for society outweighs the difficulties. “We need to think about the value of humanity, and decouple our value from the tasks we perform,” she argued. 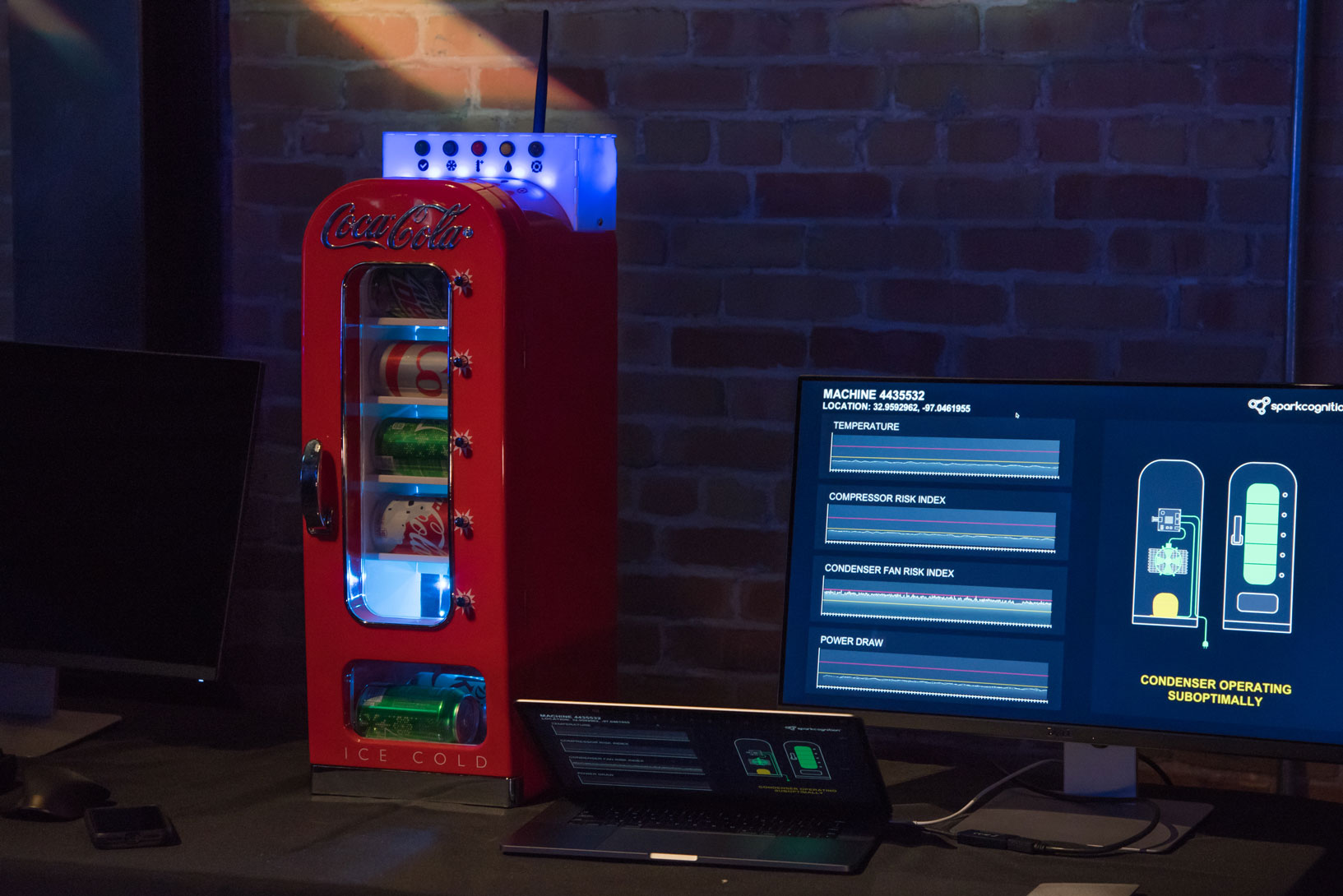 Rounding out this series of talks was a speech from General John Allen, USMC (ret.), and a fireside chat between Allen, Amir Husain, and former U.S. Defense Department Chief of Staff Wendy R. Anderson. The three shared their thoughts on the future of warfare and elaborated on the nature of hyperwar and how to be ready “to fight the battles of 2030 and beyond.”

Finally, SparkCognition rounded out the day with the announcement of a cutting-edge new solution, DeepArmor Enterprise, followed by drinks, desserts, and of course, music by DJ Spooky.

All in all, it was an incredible day, and we couldn’t be more excited for day two! 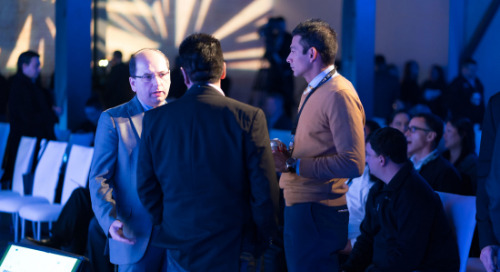 Our inaugural Time Machine summit is officially over, and it was definitely one for the books! Over 300 att... 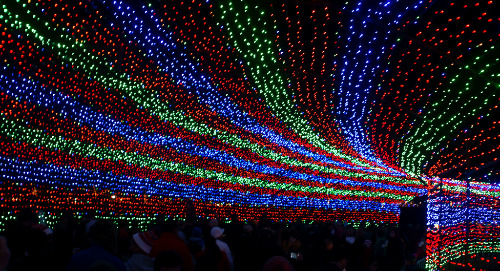 By Amy Baek and Erin Russell Our upcoming conference Time Machine might be the most exciting thing happenin...