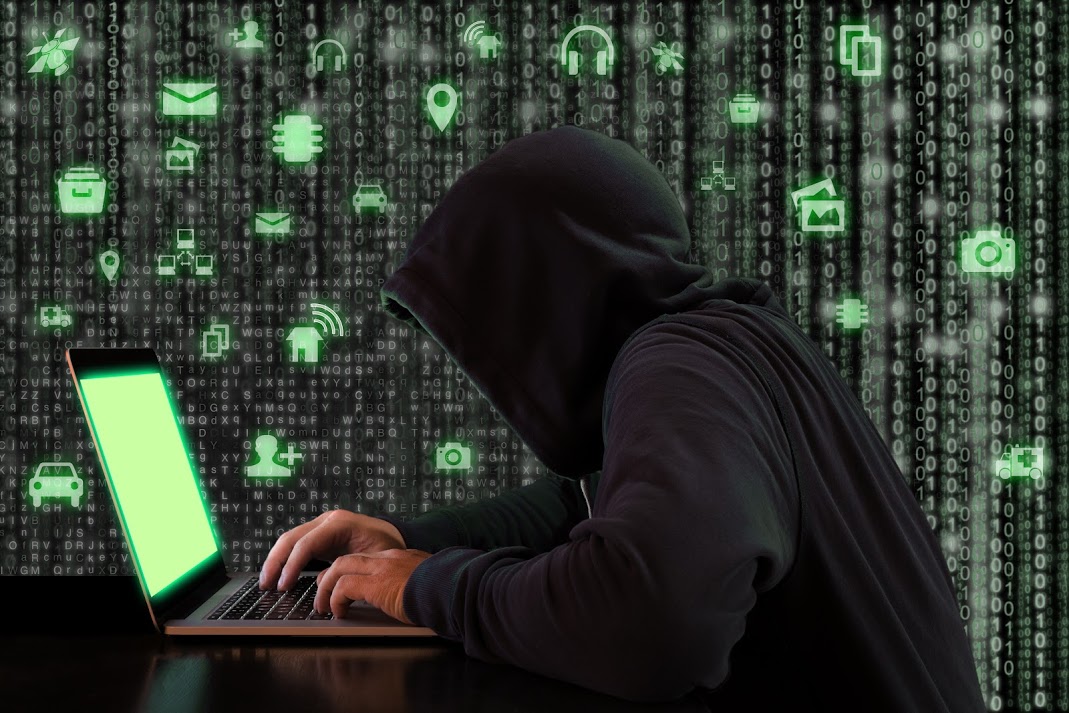 By Bryan Lares and Walter Rumpf

New Cyberattacks use open source code and combined computing power to outsmart and overwhelm support services running the most popular sites on the internet. With computer chips becoming more powerful, more available, and processing more data, Cybersecurity innovation is moving to the next frontier, Artificial Intelligence.

We are coming into the next evolution of the internet and information age. Over the past five decades, Moore’s Law has held true, and processing power in computers (the number of transistors in a dense integrated circuit) has doubled every two years. This has led us to smaller, more powerful computer chips and brought the size of computer systems from large setups in a basement, to our desktops, and now into our pockets.

Chips that five to ten years ago were powering some of the most advanced computers are now much cheaper and more accessible. Chips are enabling household appliances, body sensors and industrial machinery to connect to a network creating a new system of interrelated computing devices known at the Internet of Things (IoT).

Earlier this month, a complex cyber-attack targeted one of the largest Domain Name Service providers by assembling 100,000 internet-connected devices in a Distributed Denial of Service (DDoS) attack that was twice as powerful as any other similar attack. There are many things that make this attack unique and interesting, however the big question is: what could have been done about it?

Current cyber security defense measures are similar to the flu shot that we get every year: scientists predict the formula that will provide the strongest immunity against the newest age of virus and it is incrementally updated over the years. Computer viruses also behave similarly to flu viruses, adapting to defense measures and finding new ways to infect potential hosts.

Over the past three years, the flu virus has proven to be less effective than previous years. Ironically, a similar trend seems to be happening in cyber security. The formula for flu-shots is created based on statistical analysis based on known strains. However, the newest strains, like H1N1 and H3N2, are made up of proteins that can mutate so that they won’t be detected by the immune system.

Modern cyber attacks now have what are known as “polymorphic” qualities, in which their appearance constantly changes, making it impossible for even the most recent update on your antivirus software to detect.

In the case of the recent attack on the major DNS provider, tens of thousands of interconnected devices were compromised and then banded together in what is known as a “botnet”. These devices then sent large volumes of malicious site traffic to the provider with ever-changing IP addresses, some of which weren’t even properly formatted. This all happened and took place in a matter of seconds. You can read the full summary of the October 21st DDoS Attack here.

The way we defend against these cyber-attacks should have a similar biological evolution, maintaining a strong immune system.

This is where cognitive security comes in, a system which can process large amounts of information, identify potential threats, and leverage the knowledge of today to immediately build a defense and start proactive prevention of further damage. Advanced cognitive algorithms can be applied in both the IoT devices (endpoints) and the network to assist in prevention as well as mitigation.

Starting with the IoT, if the devices can proactively recognize the attack, they may evade being compromised, or at least not so easily. Unfortunately, these IoT devices like your DVR’s and webcams have default logins with no security measures to prevent them from infiltration. 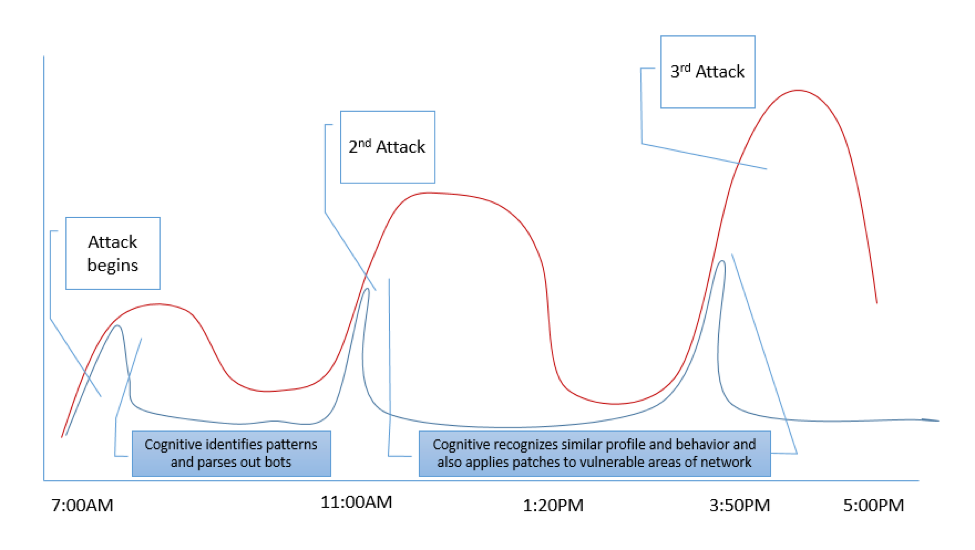 These solutions would be akin to neutralizing mosquitoes carrying harmful virus. They would be “the endpoints”.  And although effective if deployed on an entire system of endpoints,It is improbable that all internet connected devices will have some sort of endpoint protection on them, just like every mosquito can’t be expected to be neutralized.

Here are three more detailed ways this might take place:

This graphic represents a simulation of the attack that took place, early reports suggested that traffic increased heavily at 7AM but were quickly mitigated only to be followed by an even stronger attack a couple of hours later which took about two hours to rectify and then later a third attack in which was resolved with knowledge gained from the previous attack. The blue line below suggests that with the help of a cognitive solution, engineers and experts would have been able to respond and react faster as well as better leverage the knowledge gained from previous attacks.

A large-scale attack may prompt irrational responses; one idea was product recalls for vulnerable devices but it is hard to imagine every potentially faulty IoT device being recalled or eliminated. Another discussion was around rebuilding the internet from the foundation to be safer and tuned to the new variety of devices, however can anyone really imagine this happening? The obvious solution is to do what we have done in the past: learn, adapt, and create new ways to solve new problems.

What made this cyberattack so effective and so powerful was not the quality of the hardware but the quantity of hardware used for the attack. Businesses and consumers have more practical use cases for multiple devices with different purposes on a network, but more devices doesn’t have to make the system more vulnerable. This is where the supercomputers with fast processors which can manage and control these devices, will be applied. Running on these computers will need to be a system smart enough that, like the viruses attacking them, are able to evolve and adapt with new variables and like our bodies are able respond and learn from collective experience to defend against them.

If you are interested in learning more about cognitive security solutions, check out SparkCognition’s webinar on how Artificial Intelligence is your new best friend 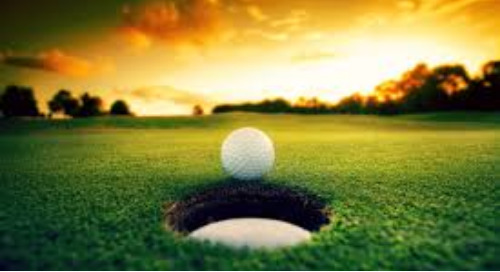 Building the Mind of a Caddy: How AI Could Revolutionize the Golf Game

By Usman Shuja and Andrew Desmarias The peak of my golfing career came early, I was the “long hitter” of my... 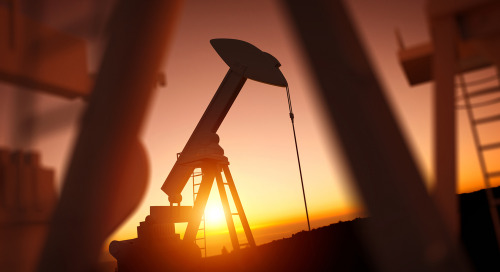 Artificial intelligence and machine learning is helping the oil and gas industry reduce incidents by identi...